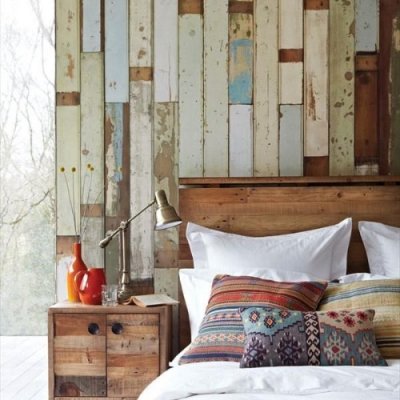 You put your heart and soul into a project and the result is a disaster. How disheartening is that? What’s worse is you were so excited by your latest DIY or recipe or upcycling project that you told all your friends you’d post pictures of it on Instagram and Pinterest et al. Now it’s finished it is too cringeworthy to consider taking photos. So how do you make sure your next project doesn’t end up as a #Pinterest fail?

1. Visualize the Project before You Make a Start

One of the first steps to avoid having your project becoming a #Pinterest Fail is to visualize the way you want to project to turn out. Think about all the steps that will be involved to reach that end goal. Draw a few pictures and create a few maps about how the project might be attempted. If you are creating or attempting to make cute cupcake decorations or an interesting fingernail pattern, for example, drawings will help you stay focused on the end result you want to achieve.

2. Use Inexpensive and Easy to Acquire Materials

If you are trying to create a project for other DIYers, be sure the materials aren’t too expensive and are easy to locate. For people trying to follow directions on a project choose projects that don’t put you in the hole or have you running all over town, especially if what you’re trying to do is unfamiliar and you’ve never done anything even similar to it. The fear of taking on a project is greatly reduced if you are using inexpensive materials, and it’s always a wise idea to buy a little more than you think you’ll need just in case you make a mistake somewhere along the line.

3. Choose a Project That Can Be Reversed, Altered or Updated

For those who are afraid to try a new project, make your first project something that is a removable update. For example, you don’t have to permanently alter an existing skirt by adding a lace underlay, or you don’t have to ruin that T-shirt by sewing on temporary appliques. This will allow you the pride of feeling like a successful DIYer without permanently altering anything. And who knows? You might think this DIY thing is a pretty good way to update your style and you’ll try more permanent projects.

Let’s say you alter a skirt or create a piece of jewelry. Try it our around home first. You could have made an adjustment to a pair of pants and those pants may leave you embarrassed by ripping apart, your beaded necklace may fall apart and leave beads all over the ground, or your cupcakes may look like the Walking Dead instead of the Cookie Monster. Display or try these projects around people you’re comfortable with to get some feedback first.

5. Repurpose Materials from Any Failed Project

So, a project just didn’t turn out the way you wanted it to. You’re disappointed, and you just want to throw the whole thing away. But take a second look; there are probably a number of materials that could be re-used in other projects. Jewelry parts, for example, are easy to utilize in other projects. Paints and dyes are great for any number of things, and fabric can be used in anything from ornaments to accessories.

6. Don’t Give up - Perseverance Pays off Eventually

Tried a project and it bombed? Don’t get discouraged. There isn’t a DIYer alive who hasn’t failed at some point, especially in the beginning. The way you perfect your craft to try it again. Most DIYers have a project graveyard from which they harvest materials for the next project, so it’s almost an advantage for you to fail once in a while. The things you learn from trying will help you through choosing and accomplishing subsequent projects as well.

7. Take a Class to Learn the Skills You Need to Succeed

Maybe you have attempted decoupage and haven’t been successful at it, or love the look of beadwork but can’t get a grasp in how it’s accomplished. Perhaps a craft has piqued an interest you’d like to explore further. Watching and learning from an expert will help you perfect your craft, and give you confidence when attempting to do it on your own.

We love #Pinterest fails – as long as they aren’t our own. Tell us about your projects that went wrong. Did you post pictures of the finished item?