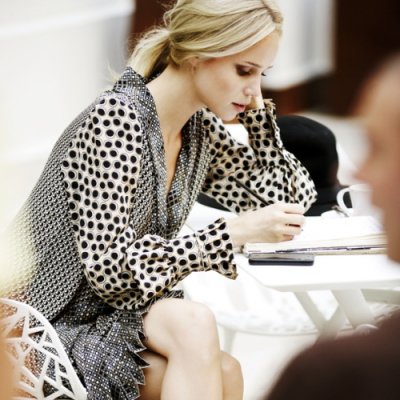 Whether you're an artist or just like to doodle, there are some entertaining drawing websites out there. The next time you're bored, check them out, because they could waste hours of your time. Plus, they might even make you better at art! Here are some of the best drawing websites that will keep you entertained:

Drawastickman.com is about as fun as it gets. You start off by drawing a tiny person. After that, the game asks you to draw certain things in the character's hands, like a key and a balloon. Then the game animates your character to take him on an adventure. There are only two different adventures to go on, but they're equally as exciting. It's bound to keep you occupied for a while.

Sketch.io allows you to draw amazing pictures. It has more functions that just a paintbrush and pen. It also has calligraphy, stamp, and spiderweb options. You can even add clipart or type in some text to add to the image. You can pretty much do anything that your mind could ever imagine.

Doodletoo.com is a place to show off your art skills and compare them to other's artwork. It's basically a group drawing board where a bunch of people share one easel. Sometimes, you'll come across the most beautiful pictures you've ever seen. Other times, you'll just see ridiculous scribbles. It all depends on whom you're stuck in the lobby with. Just don't use this website to draw a masterpiece, because someone could easily ruin it, and you don't want to end up upset.

Here's another website that allows you to create an image of your very own. Onemotion.com starts by asking you how big you want your image to be. Then it lets you do whatever your heart desires. You can pick the size, pressure, and diffusion of the paintbrush that you use. Scatter and shake are also options.

Bomomo.com is a great way to waste time. Just click the link and see for yourself. It allows you to draw awesome shapes on a page without doing much work of your own. It's not a website to visit if you actually want to create your own work. It's more of a time waster where you get to look at the pretty colors. All you really have to do is click and drag.

Remember a few years back when everyone had the Draw Something app on their phones? Well, draw-something-online.net lets you play that same game online, but in a slightly different way. Instead of playing against one person, you can enter a room with a bunch of different players. That way, you're not only racing against the clock. You're also trying to beat your competitors.

7. Draw Your Own Cartoon Character

Agame.com allows you to draw your own cartoon character. All you have to do is draw arms, legs, and a body. Once you're done, the game will automatically animate your character. Sure, it's a kid's game, but it's still pretty entertaining.

It doesn't matter if you're an artist or an amateur doodler. If you like to draw, then you should do it as much as you can! It's all about being happy. What's the most impressive thing that you've ever drawn?