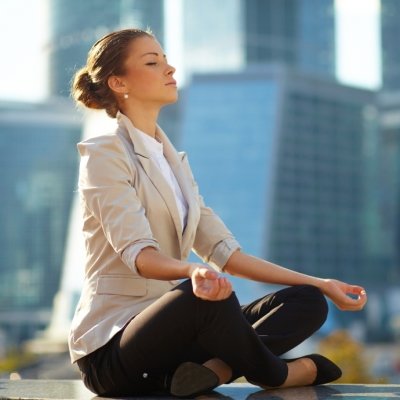 There are several ways to cleanse your home of bad energy. Sometimes you may sense there's a bad vibe or negative feeling in your home. This feeling will be something you can detect strongly because it will be a feeling that you've never felt before. Have you been feeling less energetic lately? Are items being misplaced more than usual? Maybe you've actually experienced some sort of paranormal activity? Whatever the case may be, let's look at seven different ways to cleanse your home of bad energy so that you can feel more alive.

One of the ways to cleanse your home of bad energy is to play very loud music. According to Chinese belief, loud noises typically break up energy patterns. This in return causes energy to dissolve and disappear. Plus, music that contains an uplifting or spiritual message is good for the soul. Our ears truly do feed on everything we hear. Therefore, if you want to put yourself and your home back in a good mood, then get to singing and dancing to some of your favorite positive music.

Reorganizing your furniture to balance out the energy levels in your home is always a good idea. Feng Shui is a Chinese practice that involves placing as much space in your home as possible. This will prevent any evil spirits or negative energy from clinging to your furniture. Like the loud music, open spaces will also provide room for energy to disperse. You may just feel a weight lifted off your shoulders once you try this method.

3. Get Rid of Old/Antique Belongings

Some superstitious people believe that old energy clings to older items—especially if you're a big thrift shopper or vintage collector. An item from your past may still carry a feeling of depression, sadness, or pain you felt during the time you first used it. Some may even hold certain memories depending on the stories behind them. Secondhand items that belonged to someone else may have brought energy into your home that is not of your own doing. So, you may want to rid your home of certain belongings.

4. Sweep and Clean outside Doors/Steps

This next cleansing tool involves a broom and a mop. Sweeping outside steps, patios, and balconies may help remove some old dirt that may be filled with bad energy. Throwing the trash in a container outside will make sure that the energy will be eliminated. The next step would be to detox the outside of your home with hot water and apple cider vinegar. This will also make your home feel and smell fresh. If you want to take it an extra step further, sweeping and cleaning inside the home may be helpful as well.

Old tradition says that sea salt can help to purify anything that holds negative vibes. This substance has been commonly referred to, as “The Tears of God” because many people hold true that negative energy cannot adhere to salt. In the same instance that it can be used as a natural preservative for food, it can do the same for humans spiritually and metaphysically. One practice involves sprinkling sea salt in the corners and around the doors of the home. You could also mix it in a bucket of hot water and clean your floor with it.

Sage cleansing is a practice common to the Native American people. It involves the smudging method, which uses smoke from herbs to ward off spirits. It is believed that the smoke takes the negative energy with it as it clears away. It is highly suggested that you find a sage bush in its purest form before deciding to cleanse your home. Light it in a bowl and walk around the home with it burning. Its contents will apparently fight off any negative energy.

Lastly, the traditional practice of prayer can be a useful tool. In the Christian faith, the 23rd Psalm is one of the most popular scriptures to accompany a prayer of protection because it's a declaration that “goodness and mercy” will always be the outcome of a bad situation. Personally, whenever I feel endangered, I immediately say a prayer for intervention. For those who don't believe in praying to a higher being, meditation can be used as an alternative. Finding peace and courage from within can help rid you and your surroundings of any negativity.

Most of these tricks may sound superstitious, but according to those who have tried them, they apparently work. Have you been dealing with some negative energy in your home lately? What have you done about it?