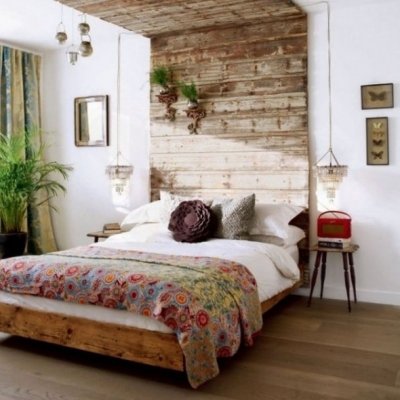 A duvet cover is a great option for your bed because you can cover an existing blanket or comforter and you can take it off and wash it when needed. What an easy way to change up the look of your bedding, am I right? Duvet covers are super easy to use and can be found in all kinds of home stores. Not sure you want one? This is going to change your mind.

Via A Winter Farmhouse {Farmhouse Friday}
I put this one first because it's my favorite. It looks so cozy and warm.

Via Centsational Girl Home Tour
A neutral colored duvet makes it easy to match it in your bedroom.

Via Pom Graphic Design "Elephant of
You have to admit that this is really pretty awesome.

Via Magical Thinking Boho-Stripe Duvet Cover
This elaborate stripes are sure to give life to any bedroom.

Via Thrifty and Chic - DIY
Don't you just want to crawl into this bed and take a nap?

Via Plum & Bow Ruffle-Medallion Duvet
This is lovely, don't you think? Perfect for a feminine bedroom.

Get a load of all that color! What a fabulous way to jazz up your bed.

Even though this cover is a solid color, the detailing makes it really stand out.

Via Mara Hoffman Bedding
These colors would be perfect for building the color scheme of your bedroom.

Via INC International Concepts Marni Bedding
The white background of this duvet cover make the pattern really stand out.

Via Design Addict Mom: One Room
There are so many cool ways to do floral in your bedroom.

Via Next Time You're at the
Want to travel the world? You can with this fun duvet cover.

Via Echo Odyssey Comforter and Duvet
This duvet cover will give your bedroom that little bit of elegance and luxury you crave.

Via Nordstrom at Home 'Chloe' Duvet
You can never go wrong with a plain white duvet cover.

Via Patchwork World Map Duvet Cover
You'll want to make your bed every morning when you have this covering it.

Via Victoria's Secret: The Sexiest Bras
A reversible duvet cover lets you change things up anytime the mood strikes.

Via 'Luella' Duvet Cover
This color combo is perfect for a bedroom because it's soothing.

Via Vintage Bloom Duvet Cover +
Go a little old school with a duvet cover like this one.

Via Organic Chevron Duvet Cover +
Give your room some ethnic flair with a duvet cover like this one.

Via Organic Cotton Pintuck Duvet Cover
I absolutely adore this duvet cover. What do you think?

Via Assembly Home Dilan Confetti Duvet
This reminds of me art deco. Pretty!

Via Vintage Scarf Reversible Duvet Cover
This one makes me think of a meadow filled with wildflowers.

Via Plum & Bow Forest Critter
This adorable fox will make you smile every time you go in your bedroom.

Via Stephanie Corfee Flourish Duvet Cover
I don't think there is a color in the world that this duvet cover doesn't have.

Via Plum & Bow Skull Flower
I have a thing for skulls so this would fit right in with my décor preferences.

Via Monika Strigel Really Mermaid Duvet
Makes you want to go swimming in the ocean, doesn't it?

Via Wesley Bird Feathered Duvet Cover
A duvet cover with a big pattern gives your room lots of impact.

Via Shannon Clark For DENY Love
You can sleep under the stars without ever leaving the house when you have this duvet cover.

Are you convinced to try a duvet cover now? Which one do you want?