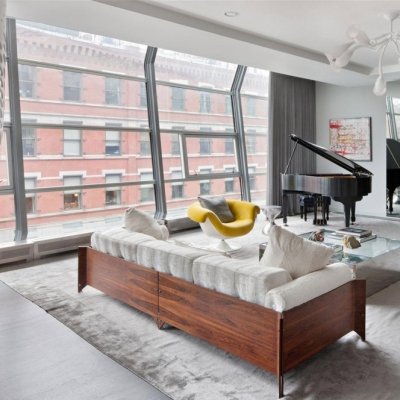 If you feel you’ve got too much stuff or just need to create some space, there are some things to get rid of that equal “instant decluttering.” They’re things you hold on to for too long, things well past their usefulness and things that really are a no-brainer when it comes to deciding to get rid of them. Before you start your next clean up project, make a note of the things that come under the category of instant decluttering.

1. Any Piece of Furniture Which You Describe with a “but”

Let’s admit it, we all have one, something that we can’t go about describing without saying the word “but.” I’d get rid of that old chair in the corner, but what if I have a guest come round? I would throw the lamp out, but my mum bought it for me when I was 16. I would remove the rug, but my dog likes to chew the corner. Whatever it is, if you have a piece of furniture that you are making (silly) excuses for keeping, get rid of it! Your mum won’t care, your guests can sit somewhere else, and your dog can have a chew toy instead. Stop making excuses and get on with that process of instant decluttering.

2. The Gadgets You Replaced Three Years Ago

A survey in 2013 found that almost 70% of Americans hold onto old gadgets they no longer have any use for. These will fill up cupboards and drawers, taking up valuable space. The reason is rarely an emotional attachment, but could simply be that you don’t know how to dispose of them correctly. Well look no further: search the EPA website to see where your local recycling point is, and just take them all in one batch. If there are electronics which are serviceable, stick them on eBay for a few dollars and see what you can fetch.

3. Everything That You Have Been Meaning to Fix for a While Now

Whether it’s a mug which has lost its handle or that hole in your jeans you have been meaning to fix for months now, a good way to instantly declutter your home is to throw these things out. Yes, you might have a rainy day eventually when you could whip out the super glue, but in all honesty you probably aren’t going to. Do yourself a favor and throw it out now.

I’m a huge advocate for books and bookshelves, but sometimes you just need to declutter a bookshelf to give some life to your room. I have a habit of buying books all year round, and then I get extras from family and friends for Christmas and my birthday. Take your old books that you won’t ever read, or books that you have outgrown, and donate them to a local Goodwill store, or one of the various literacy programs that are always seeking book donations.

I’m willing to put some money on the fact that you have a drawer or box full to the brim with old manuals for items you no longer own. A good tip for instant decluttering is to just throw these into your paper recycling box and forget all about them.

6. Mementoes That, Deep down, You Don’t Really Want

Do you need fifty unused invitations to your wedding 10 years ago? Do you need to collect every birthday card you have been given since you were twelve? Definitely not. Do you want to keep these things? Probably not. Sure, keep a few things that mean a lot to you, but prevent your house from becoming its own museum of your life and make way for the new.

You probably have makeup brushes which haven’t seen the light of day since the late ‘90s. They aren’t going to be any use to you now, and they never will be, so get rid of them!

You might see instant decluttering as being somewhat ruthless. It is, but it’s also cathartic and seriously, you won’t miss the things when they’re gone. Plus you’ll have more space for new stuff – ha ha! Are you ruthless when decluttering or are you more likely to hoard?